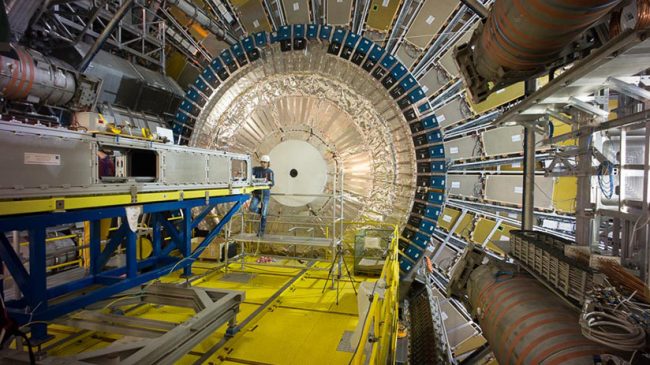 Congratulations! You just finished your movie, which puts you at the edge of the winner’s circle—lots of people start movies and are never able to bring them out of post-production to the light of day. You finished yours.

You made it micro-budget, for $400,000, and it’s awesome, or so your friends tell you. Your investors are happy, but also nervous: Will they get their money back?

Let’s say your friends are right, and your movie is awesome. You even manage to go further, and get your film into a festival, maybe Tribeca. Grateful festival audiences will see it, and distributors, too. Because that’s what you need, distribution.

Distribution is the fulcrum of the financial equation, because without distribution audiences cannot see your movie and investors have no hope of financial return. This is where most independent films fall down: they do not have a distribution plan before they start production. Hence they are vulnerable. Of all the feature-length films that are completed each year in the US, fewer than 10% actually get any form of distribution. Ninety percent or more repose uselessly on hard drives, gathering dust in someone’s garage.

You don’t want your film to be among the 90%. Your investors certainly don’t want that. How do you solve the problem?

In the first place, you need to make a good movie, and I mean really good—a film that works for its genre, delivers for its audience, is excellent in its execution and boasts a brilliant cast. Whether you cast known or unknown actors, they’ve got to be great.

Let’s go to the next step and assume your movie really is good, but you enter the festival with no distribution set. At this point, there are two possible outcomes: either a distributor will want your movie and offer you a deal, or not.

If it does happen, you may feel as though you have won the lottery. In one sense you have, in terms of an opportunity to be distributed by a legit company. But your investors likely will not be pleased. Unless your film sparks massive attention, which in turn attracts the interest of more than one distributor, hence fueling a bidding war, you will be offered pennies on the dollar.

As evidence of this, you can look at the films that played this January at the 2015 Sundance Film Festival. Even now, deals are still being discussed, and most of the films in the festival will be picked up for distribution. But very few will have had the chance to raise their sales price with a bidding war; most will sell for $100,000 or far less.

That is not a good financial outcome. However, if you did not pre-plan your distribution strategy, pre-plan it even before you started shooting, this is the situation you will be faced with.

Is there another possible outcome, a way to improve your side of the distribution equation?

There is. Today, wise filmmakers and their investors are planning and budgeting for a distribution strategy from the moment of their first fund-raise. For a low-budget movie, they raise an additional $300,000-$500,000 and keep it in the bank, so they can cause distribution to happen if the perfect distribution company does not make the right offer.

Let’s take a look at two scenarios to see how this might play out.

You made your movie and also have a $500,000 war chest for marketing and distribution. If distributors see your movie, love it, and offer you a fair price, you can take it.

At that moment, though, you have terrific bargaining leverage. You don’t need the distribution deal because you have the resources to do it yourself. Of course you want the deal, because a legit distribution company is in the distribution business and will do a far better job of distribution in most cases than you will—it is their métier, after all.

But now you have leverage. Either you can take that $500,000 marketing war-chest and give it back to your investors; your investors will be happy. Or you can strike a more aggressive deal with the distribution company, offering to co-finance the marketing spend. Some distribution companies won’t let you do that—they will want to keep full control over marketing and the opacity of its accounting. On the other hand, some will let you co-venture P&A, and they’ll admire your foresight. Depending on how much marketing money you actually have to co-invest with the distributor, you can potentially drive the standard distribution fee of 30% down to about 15%. That will make your investors delighted.

When distribution companies offer to buy your movie, what they are really doing is giving you cash as an advance against potential future earnings. Let’s say you get an offer of $1 million for your $1 million movie. Of course you will take it, because now your investors will come close to breaking even. You’ll also be offered 50% of the proceeds after distribution fees and expenses are recouped by the distribution company; the company will keep the other 50%. Will you ever see more money than your initial advance? Not likely.

Let’s say your settlement rate is 40%. After the distributor gets its share (40% of the tickets sold), the distributor will charge its fee (typically 30%) and then subtract the cost of advertising, marketing and publicity, a number that can be surprisingly high, even in the independent landscape. If the box office is good, the distributor will keep spending marketing money to chase a higher box office return, and the net result will be that theatrical run will lose money.

Enter home entertainment sales, the big basket that includes cable, VOD, SVOD, Amazon, iTunes and the like. The average settlement rate here is higher—70% will go back to the distributor, then the distributor will still charge its 30% fee off the top, plus subtract additional expenses.

Let’s assume your movie will make $1 million at the theatrical box office, and an additional $1 million in home entertainment. 215 movies made at least this much money in 2014.

If you are working with a traditional distributor, the $1 million box office revenue will bring back $400,000 to the distributor, because of the 40% settlement rate. The distributor will take its 30% distribution fee, leaving $280,000. Marketing expenses will probably have been $750,000, so that means the film is at a net loss of $470,000.

You and your investors will not get anything more than the initial advance, whatever that was. Note that although the film is showing a loss, the distributor will still have made $330,000 in its distribution fees.

If you had access to your marketing investment war-chest, you could have co-ventured the P&A spend with your distributor, with each of you paying for half of the total $850,000 marketing spend (or $425,000 apiece). Now, in addition to getting that money back, you could have been able to shave the distribution fee to 15%, which means your investors would have been able to get back an additional $165,000.

However, let’s say you choose to be responsible for distribution yourself. Now you will work harder, because you will have executive responsibility for keeping everything on track, even though you will hire top-caliber people to handle distribution for you. But you will spend less. The settlement rate will be the same, but the distribution fee will be less (distribution professionals work for a percentage) and you will keep far more money.

You would play out this scenario if you don’t get a distribution offer or you don’t get one that’s financially exciting. Now you can take your marketing war-chest of $500,000 and guarantee distribution by hiring one of the stronger companies that can book theatres, handle marketing and publicity, and make VOD, SVOD and cable deals. In this case, because you are the “client,” you will have full transparency into costs and spends, and distribution expenses will be far lower.

This financial scenario can be even better. Given the same financials, your P&A cost will be less— likely $500,000 all-in, for home entertainment and theatrical marketing, and also including the for-hire distribution professional’s upfront fee.

Why will your marketing expense be less? Because free range distributors do things more grassroots, and have cleverer ways of using their resources.

As you can see, that is a far better financial outcome. Your movie would be in profits.

I must end with a bunch of disclaimers. There is no regular ratio anymore for theatrical-to-home entertainment revenue in the indie sector, so any film’s specific performance will vary widely. I’ve simplified a complex process for this article, and there are other factors to take into account, such as international revenue, but it is probably safe not to include it, as American independent films don’t traditionally make that much money overseas. Finally, of the 693 films released last year, only 215 of them made more than $1 million at the theatrical box office, so the movie business is as risky as ever and financial success is no sure thing. Which means, again, your movie needs to be exceptional, with a clearly-defined and big enough audience before you start making it.

All the more reason, therefore, to build distribution costs into your business model from the beginning. Without them, you and your investors stand even less of a chance of being in the winner’s circle.

My thanks to Glen Reynolds and Sebastian Twardosz at Circus Road Films for their expertise and checking my numbers and formulas.