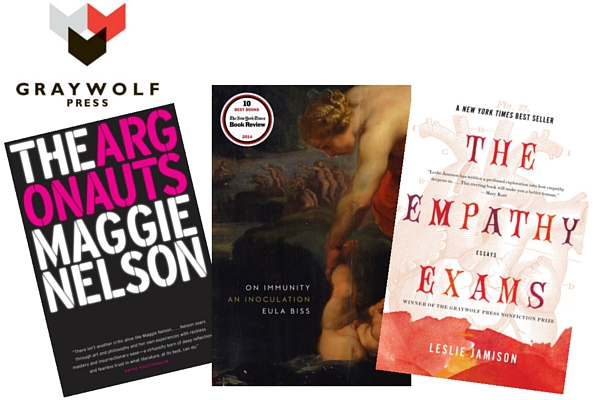 That’s the take-away from the publishing industry, as  Boris Kachka reports in this story from Vulture – click here to read.

This little (nonprofit) publishing house-that-could has something that the manor houses can’t buy, which speaks to the value of taking risk.

“I think of success as being able to say yes to something that doesn’t necessarily look like a commercial winner,” says Fiona McCrae, Graywolf’s publisher since 1994, over yogurt and decaf on one of her monthly visits to New York. “Knowing something is good and having to say no, that seems to me the bigger failure.” An affably owlish Brit, McCrae started out in London’s legendary literary Faber & Faber before transferring to its small American spinoff in Boston. Three years later, she heard that Graywolf’s founder was resigning.

McCrae stepped up to the plate. This idea–of investing in author development and backing sometimes experimental work–has helped elevate this small publisher to dizzying heights at a quantum pace. “Publishing just over 30 books a year, Graywolf has had authors win four NBCC awards, a National Book Award, two Pulitzers, and a Nobel Prize — all in the last six years.” McCrae and company’s vision and dedication have resulted in not only sales and happy authors, but in critical acclaim. This case study in creative innovation and disruption is worth following for Graywolf’s next move, and as a way to reflect on your own continuing business growth. What Graywolf has discovered in publishing, I have found true in many other businesses, from independent films to social impact start-ups. For example, since the 1970s Miramax has brought the unique voice of independent films to worldwide audiences. Similarly, U.K. publisher Bloomsbury picked up J.K. Rowling’s first book–after she had been rejected by 12 others.

Vision and the will to say ‘yes’ bring great creative works to life.