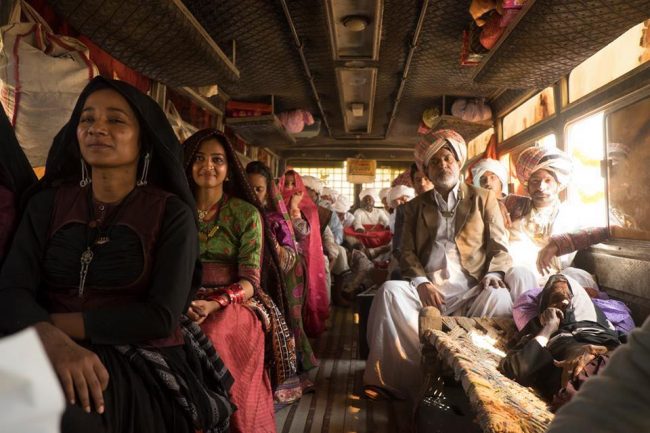 TIFF (the Toronto International Film Festival) is my very favorite of all film festivals. The studios use TIFF as a launch-pad for fall awards-season movies, so the festival has glamour and stars. At the same time, you get the opportunity to look through global windows of films you will not see anywhere else.

Along with great curation—a cinema-lover’s mix of Hollywood red carpets and unique movies from all over the world—the festival is impeccably organized. Films screen within easy walking distance of each other, and the industry panels are just a few blocks away.

I never know what I will see at TIFF, but I know what I will hope to see. I just never get to every film on my list. Or even half the films. The lines may be too long, or the times may conflict, or I may run into a friend from London or Paris or Rome and decide to catch up.

But every year, I resolve to see as many films as I can. Here is my alphabetically-ordered TIFF list, with comments extracted from the TIFF program guide, and a few trailers along the way. If you’re going to TIFF, please let me know what’s on your list, and maybe I’ll run into you outside the Bell Lightbox.

The late director Sydney Pollack’s behind-the-scenes documentary about the recording of Aretha Franklin’s best-selling album Amazing Grace finally sees the light of day more than four decades after the original footage was shot.

In January 1972, Aretha Franklin gave two days of gospel performances at the New Temple Missionary Baptist Church in Watts, Los Angeles, recording what would become her bestselling album, Amazing Grace. The sessions were captured by a film crew led by Sydney Pollack, but the footage wound up shelved in a vault and has remained one of the lost cinematic treasures of twentieth-century music.

This film first caught my attention as a Kickstarter campaign. Now it’s ready, and it has a great and strange title. Charlie Kaufman, the celebrated screenwriter of Being John Malkovich and Adaptation and director of Synecdoche, New York, and Duke Johnson venture into the world of stop-motion animation with this fable about a motivational speaker seeking to transcend his monotonous existence.

How much fun will this be? A cybernetic super-soldier kicks, punches and parkours his way across Russia to save his wife from a psychotic paramilitary psychic bent on world domination, in this non-stop, white-knuckle, crackerjack thrill ride.

HEART OF A DOG

Renowned multidisciplinary artist Laurie Anderson returns with this lyrical and powerfully personal essay film that reflects on the deaths of her husband Lou Reed, her mother, her beloved dog, and such diverse subjects as family memories, surveillance, and Buddhist teachings.

In 1962, François Truffaut conducted a week-long interview with Alfred Hitchcock, going through the master’s career film by film. The resulting book, Hitchcock/Truffaut, remains one of the most influential cinema publications ever written. It was a project of lasting importance for Truffaut: seventeen years after the book’s first publication in 1967 and just before his own untimely death, he went back and prepared an updated edition. This documentary deepens the legacy of the project, bringing in contemporary directors to discuss the galvanizing effects of both Truffaut’s book and Hitchcock’s films.

I was entranced with the Amy Winehouse documentary, and I can’t wait to see this one. Academy Award-nominated filmmaker Amy Berg (Deliver Us from Evil) delves into the life of late rock legend Janis Joplin.

OUR BRAND IS CRISIS

Directed by the ever-intriguing David Gordon Green (who shot a video for my upcoming filmmakers’ resources project, being launched soon), this movie features Academy Award winners Sandra Bullock and Billy Bob Thornton in a story inspired by true events, in which rival American political strategists work to fix a Bolivian presidential election.

Our Brand Is Crisis would be cause for cynicism if it weren’t so stubbornly hopeful — and so entertaining. This wry drama, telling the fact-based story of American strategists hired to bolster an unpopular Bolivian presidential candidate, encapsulates the ethical chasms of twenty-first-century electioneering.

In a rural Indian village, four ordinary women begin to throw off the traditions that hold them in servitude, in this inspirational drama from director Leena Yadav.

This year has seen a cultural shift that puts more women at the active centre of Indian films. At the vanguard of this trend stands Parched, in which director Leena Yadav turns her lens on a group of ordinary women who, like the desert lands they inhabit, thirst for more than what life has given them. The film is lensed by Academy Award-winner Russel Carpenter, a visual artist of the first order, who also shot a video for my soon-to-be-launch resources project.

RETURN OF THE ATOM

This incisive and often savagely funny documentary chronicles the black comedy of errors that transpired when a remote Finnish island was selected as the site of the first new nuclear power plant in the West following the Chernobyl disaster.

Filmed over the course of more than a decade, this vital new documentary by Mika Taanila and Jussi Eerola examines the now-notorious construction of a nuclear power plant on the remote Finnish island of Olkiluoto.

We haven’t seen a great, cinematic exploration of autochthonous Australian world in a long time, and I’m looking forward to this one. In Spear, a young man reconciles ancient tradition with the modern, urban world in this debut feature from Stephen Page, artistic director of Australia’s renowned Bangarra Dance Theatre.

Mark Ruffalo, Rachel McAdams and Michael Keaton star in this true story about a team of Boston Globe reporters who uncovered a massive scandal of child abuse and cover-ups within the local Catholic Church.

An urgent procedural concerning one of the most painful scandals in recent memory, the latest from writer-director Tom McCarthy (The Station Agent, The Visitor) tells the true story of how the Boston Globe revealed the Catholic Church’s cover-up of widespread child molestation within the Massachusetts priesthood.

A beautiful assassin (Shu Qi) is sent to kill the powerful lord who was once her betrothed, in this sumptuous martial-arts epic from Taiwanese master Hou Hsiao-hsien (Flight of the Red Balloon).

“Exquisite,” “astonishing,” and “masterful” are only some of the superlatives one could apply to The Assassin, a work so magnificently accomplished that it restores one’s faith in the power of filmmaking.

If there were an Academy award for best premise, The Lobster would take home the statuette. Colin Farrell, Rachel Weisz and John C. Reilly star in the deliciously bizarre new film from Greek auteur Yorgos Lanthimos (Dogtooth, ALPS), about a curious hotel where the residents are charged with finding a new mate within 45 days — under penalty of being transformed into animals should they fail.

Winner of the Jury Prize at this year’s Cannes, the new film from Lanthimos is another journey into one of his singular universes.

The Red Scare and blacklist are a black mark on America’s history, and one that has relevance and resonance today. In this film, Bryan Cranston (Breaking Bad) stars as the famous screenwriter and Hollywood blacklist victim Dalton Trumbo, in this engrossing biopic co-starring Helen Mirren, Elle Fanning, Diane Lane and John Goodman.

A fascinating portrait of one of the most emblematic figures of Hollywood’s Golden Age, Trumbo stars Cranston as the prolific screenwriter who paid a terrible price for his political convictions.

I was hooked the moment I saw the trailer: Victoria looks like a cross between Run, Lola, Run and Birdman: It is a 140-minte action thriller all composed in a single, seemingly continuous take. A beautiful young Spanish nightclubber in Berlin becomes wheelwoman for a quartet of bank robbers, in this stunning heist thriller shot in a single extended take.

WHERE TO INVADE NEXT

You may not love Michael Moore, but he is always entertaining… and no one makes political documentaries like he does. Academy Award-winning director Michael Moore returns with what may be his most provocative and hilarious film yet: Moore tells the Pentagon to “stand down” — he will do the invading for America from now on.

Two old friends (Michael Caine and Harvey Keitel) reflect on their past, present, and the beauty and absurdity of the world during a vacation in the Swiss Alps, in the lovely and heart-warming new film from Academy Award winner Paolo Sorrentino (The Great Beauty).