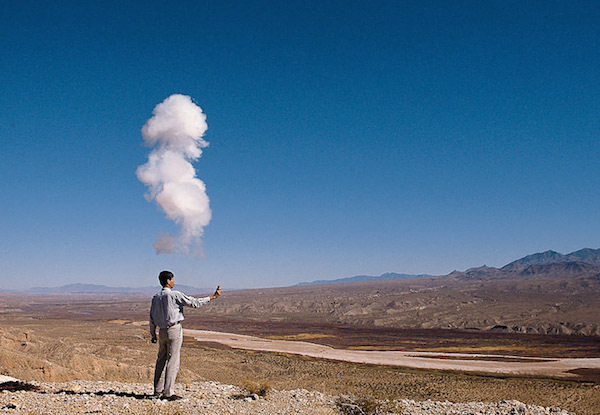 For the myriad filmmakers descending on Park City this week we have good news and bad. The good news: If your film is in Sundance, it will get distribution. The bad news: Your financial return on distribution will probably be minimal and your film is likely to be pirated, further diminishing your income.

Those key findings come from our annual survey of the independent movie landscape, on view below in our Sundance Infographic. Each year, we crunch the numbers on the Sundance Film Festival and use it as a bellwether for indie filmmaking at large. When Sundance’s Transparency Project begins to share data (later this year, we hope), we will all have even more information for analysis.

The overall number of distribution deals at Sundance is staggering. Last year, 105 of the 125 films achieved distribution of one kind or another. That’s a twenty percent increase from the year before, and a stark contrast to 2010, when only twelve films got distributed. What changed? Massive penetration by streaming services like Netflix and iTunes and the increased appetite for cable players like CNN and Discovery to take on feature-length documentaries.

Filmmakers at the Slamdance Film Festival, which runs concurrently in Park City, will have the same experience – all will get some distribution opportunities and most will be financially minimal.

When I say minimal, I mean minimal. Based on my conversations with producers and sales agents, many offers from distribution companies have zero minimum guarantees and rely entirely on back-end participation. When a deal is made with a digital-only distribution company, filmmakers will be expected to show up with a marketing plan in hand and will be expected to help sell tickets or streams themselves.

Why are distribution deals so paltry? Two reasons. First, there is too much content in the marketplace. Last year, there were some 700 feature films released theatrically in the US, of which about 150 came from studios and their subsidiaries. Those studio films accounted for 92.1% of the total box office, leaving approximately 550 independent films to fight for less than eight percent of the box office. Then, there are hundreds or thousands of movies that get digital-only deals, via companies like Amazon or Gravitas. In addition, 2015’s audiences had the opportunity to watch 409 scripted television shows – not hours, but actual shows, each of which has four to 22 episodes. Meanwhile, the number of hours of content uploaded to YouTube each minute is approaching 500. This much content is enough to make one’s eyeballs explode, and yet, with all the tonnage, truly excellent work is still rare.

The second reason distribution deals are low is the continuing devaluation of creative content. Increasingly audiences want to pay little or nothing for content in a fixed form – movies, books, music – even as they will pay nearly $1,000 for a three-day pass to Coachella. This is a generational, cultural shift –  and that’s where piracy comes in.

We know that piracy is a big issue for studio films, and we wanted to learn how it affects independent movies. For this year’s Sundance analysis, we worked with Excipio – a company that collects forensic evidence against pirates and does analytics. Excipio analyzes data collected from BitTorrent networks and does not extrapolate or estimate.

The results should be troubling to all independent filmmakers. Excipio analyzed illegal downloads of fourteen films that screened at Sundance in 2014 and 2015. All had at least hundreds of thousands of pirate downloads; Whiplash was downloaded illegally more than 12 million times.

What does piracy cost? Some piracy proponents (yes, there actually are such people) say it costs nothing and that it even helps build awareness for films, but that argument is false on its face. There is already a surfeit of content and one more free movie does not make a ripple. Audiences must be targeted carefully with specific marketing campaigns to build awareness and want-to-see; pirated films subvert that process. Piracy directly affects the bottom line, because some percentage of people who download illegally would have paid for the film if there were no illegal no-cost alternative.

How can we estimate the cost? We decided to be conservative. We’re estimating that if the illegal option were not available, five percent of customers would have paid for downloads and that they would have paid only $3 per transaction, which is a low number for digital downloads. Using this formula, we found that the fourteen films we sampled lost between $57,000 and $1.83 million in revenue.

Jonathan Sehring, president of IFC Films and Sundance Selects, and a producer of Boyhood told me: “Obviously piracy hurts every film company and any owner of intellectual property, regardless of size and scope. It is painful to look at those numbers and try to rationalize why people do this, especially to indie films.” Boyhood has had 10,383,141 pirate downloads. By our estimates, that cost the film $1.56 million. Life and death money for an indie filmmaker.

Each year, we estimate the budget of all the films submitted to Sundance to get a ballpark on how much is being invested in independent movies. Based on my conversations with producers, distributors, financiers, and people familiar with the festival circuit, this year we are estimating an average budget of $1 million per dramatic feature and $400,000 per feature documentary. The aggregate total tops $3 billion.

Does investment in indie films pay off? Clearly not, in most cases. But it is difficult to calculate on a case-by-case basis. For example, our infographic shows the sales price and the US box office gross, but most often films are bought for many territories – not just for the US. With Netflix now available in 190 countries, they often buy the world. Further, digital revenues are not transparent and are closely guarded. Unlike theatrical box office figures, which are publicly available, the amount of total views and income from all aggregated digital sources is not possible to track. Even insiders who run streaming companies tell me there is no way to get a clear figure beyond what they see from their own services. That lack of transparency has to change for independent filmmakers to get a fair understanding of today’s distribution economics and be able to strike deals that are fair all around.

Given the state of things, film distribution is ripe for continuing disruption. Increasingly, independents are exploring alternatives and finding entrepreneurial ways to do it themselves. Filmmaker James Kaelan, whose virtual reality experience The Visitor is in Slamdance, and who produced Hard World for Small Things in Sundance’s New Frontier section, told me, “With the advent of crowdfunding, with the efflorescing of free range distribution platforms, you don’t need to wait to get picked anymore. You can make your film on your own terms, and exhibit it directly to your audience without signing away your most-cherished rights. That’s a monumental shift.”

That shift is a trend likely to be even more prominent when we survey the independent film landscape a year from now.

Share this Image On Your Site: Copy and Paste the Code Below