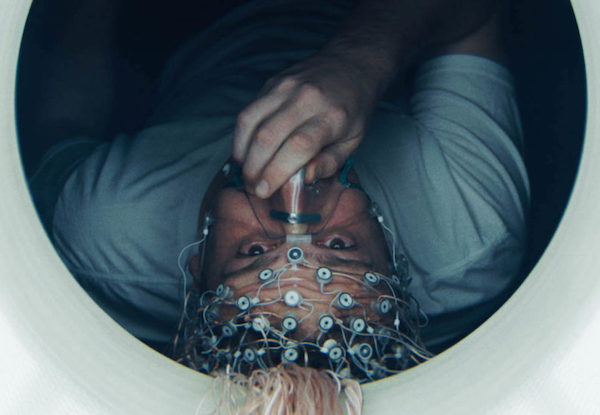 Park City has a change in the weather this year. For the first time in along time there will be snow, and, as if to counter deniers, Sundance has programmed a special section on climate change films. The festival will also be marked by social actions directed toward President Trump’s inauguration. As always, though, the action in the cinemas, events, parties, gifting suites, crowded restaurants, five-to-a-room-and-sleeping-on-couches rentals, and late-night negotiation sessions will not all be political.

Using Sundance data as a bellwether for the independent film industry, ground-truthed through interviews with producers, distributors, and sales agents, and, this year, also adding some data from the Slamdance Film Festival, which runs concurrent with Sundance’s opening weekend, here is our weather report on the independent film business. (Scroll to see the infographics at the bottom of this article.)

Annual spending on independent films has remained fairly constant at $2.3 billion. This is because the number of submissions to Sundance seems to have plateaued. Our estimates of average budget levels are based on discussions with indie movie producers and sales agents. These estimates, too have remained constant since last year.

Piracy is worse than expected

The cost of piracy for independent films is significant. Working with Tecxipio, we are publishing the actual number of torrent illegal downloads for 14 films from Sundance 2015 and 2016.

To understand why our piracy numbers are probably low, I need to get geeky about piracy. There are two kinds of illegal downloads: torrents and streams. Torrents are able to be monitored and quantified; that’s what Texcipio does. Streaming illegal downloads, which in some cases comprise more than half of all pirated downloads of a film, cannot yet be reliably quantified. We are therefore only publishing torrent data.

In making our calculations for the amount of revenue piracy costs each film, we are assuming that only 5% of the people who did an illegal download would have actually purchased the movie, and that their purchase price would have been $3.

Our 5% figure could be a *very* conservative number relative to how much pirated downloads actually cannibalize sales. For example, peer-reviewed academic studies of sales displacement tell us that the rate of piracy displacement is in the range of 14% to 20% at the lower end, up to 100% on the higher end. To be conservative, let’s go with 5%; but I really think the lost revenue is much, much worse.

It’s interesting to compare pirate download numbers for 2015 Sundance films over a full year. For example, Brooklyn had an additional 4.3 million illegal torrent downloads in the past year. Nor are movies for older demographics immune: A Walk in the Woods has had 2.4 million torrent downloads. The film with the most illegal downloads from 2016 is Swiss Army Man (over 7 million torrents); by our minimal estimates that represents a loss of over $1 million in revenue, and based on the peer-reviewed studies cited above, that number could be $3-$4 million in losses.

VR has fully come into its own, largely due to Sundance and Slamdance’s support of the emerging artform over the past several festivals. For the first time this year Sundance has an official virtual reality section; it received a whopping 346 submissions.

We also traced how many Sundance and Slamdance films got distribution – although I refrain from calling every instance a “distribution deal.” For our purposes this year, I am defining distribution as having the film available for sale on a legitimate and public platform – iTunes qualifies, as does traditional theatrical distribution. It costs more money to put a movie up on a major digital platform than it costs to press DVDs; that’s why not every film can get onto iTunes, as they and other platforms have become more selective.

Most of the films at Sundance will be distributed, and about half of Slamdance’s selections will achieve this milestone. However, the sales prices – when there are actual cash advances (or minimum guarantees) – will vary widely. Last year, Sundance saw a record sale of $17.5 million for The Birth of a Nation, an investment that proved ill-advised for Fox Searchlight. In contrast, the highest sales recorded at Slamdance was Batkid Begins (2015) for $1 million to Warners, primarily for remake rights. Last year, Slamdance’s Million Dollar Duck sold to Animal Planet and Lionsgate for a deal worth $350,000-$500,000. (The Slamdance infographic is right below the Sundance infographic.)

The Netflix of it all

Continuing a trend that began five years ago, streaming services like Netflix, Amazon, and iTunes will continue to be the dominant platforms for independent films. Netflix has four original features, one original documentary feature, and episodes from two documentary series screening in the festival.

In addition, the festival has fully acknowledged that some of the best “film” work is now done in episodic television. This year is the first year that episodic content has been eligible, and 403 episodic films were submitted. Nineteen episodic films will screen, including premieres from Netflix, Amazon, and YouTube Red.

Like the weather, I expect a somewhat chillier buying season than in 2016. There will be even more responsibility put on producers and directors to deliver audiences for their movies, down-shifting traditional marketing efforts from the distributors to filmmakers. I suspect that buyers will be more cautious, and that even Netflix with its trumpeted $6 billion content-acquisition budget will be judicious. There is simply a glut of great content, not all of which is feature films, and Peak TV is already becoming a factor.

We can soon expect a cyclical downturn in our business, and we may see early signs of it in Park City this year, where the weather will be cold even while the politics will be hot.

Top: Jason Segel appears in The Discovery by Charlie McDowell, an official selection of the Premieres program at the 2017 Sundance Film Festival. The film will stream on Netflix in March. Courtesy of Sundance Institute.