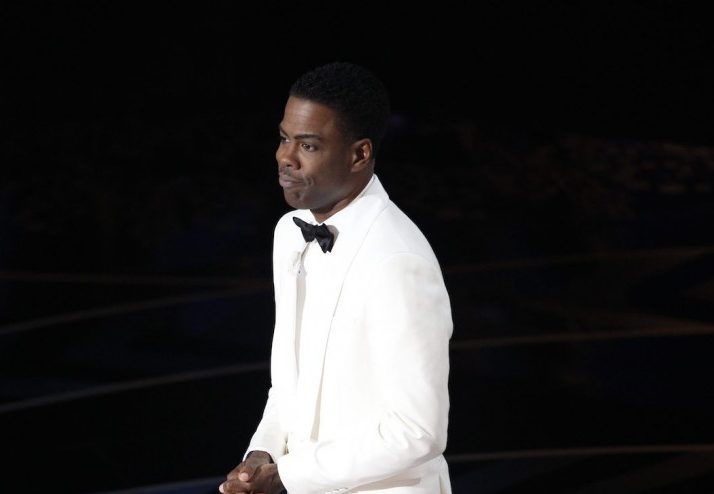 Chris Rock got it right when he called out Hollywood on Sunday night’s Oscarcast: “Is Hollywood racist? You’re damn right Hollywood’s racist. But it isn’t the racist you’ve grown accustomed to. Hollywood is sorority racist. It’s like — ‘We like you, Rhonda, but you’re not a Kappa.’ That’s how Hollywood is.”

Rock got it right because #OscarsSoWhite is merely the latest newsworthy example of #HollywoodSoWhite.

In my experience, racism in Hollywood is rarely overt. However, the lack of overt racism, like so much in the entertainment business, is an illusion. I have never had financiers or producers tell me they only want to cast white actors. Instead, they couch their racism in economic terms, explaining that the movie business is, first and foremost, a business.

“They don’t like black actors in Asia,” financiers and sales agents have told me behind closed doors. “Or in Europe. Or in Latin America. You just can’t sell them.” Their subtext is: Hey, I’m not racist, and we don’t have a race problem here in the US – but other countries do. We’re making movies for the world market, and we have to give the customers what they want.

Bill Maher, on his HBO show Real Time, said it in public:

Most movies are made now with an eye to the foreign market, and Asians really are racist…. I’m just honest. They don’t want to see black people generally in their movies. The Hollywood executives are, like, ‘We’re not racist; we just have to pretend to be racists because we’re capitalists. We want to sell our movies in China (and) they don’t like Kevin Hart.’

I have written and spoken at length how money and aesthetics are not measures of each other. A good movie can make much or little money; a financially successful film can be excellent or execrable. But what happens in Hollywood is that taste and money conflate: here, taste means you make things that make money, and you do not transgress the perceived wisdom of what makes money. Hollywood’s version of taste is supported by the economic argument that actors of color don’t sell tickets overseas.

Cultural critic Susan Sontag said, “Rules of taste enforce structures of power.” She was writing about womanhood and aging in the early 1970s; the dictum applies equally to race and Hollywood today.

One wonderful thing about the movie business is that so much information is publicly available. We can check out race-based assumptions, and see if the economic arguments are accurate or wrong.

The website the-numbers.com aggregates box office information about movies and actors. You can type an actor’s name in the Search box and discover the actor’s box office track record, split between domestic and international. The movie business today draws about 70% of its revenue from international markets, but because each actor’s box office history dates back to career beginnings, few actors actually get 70% of their box office performance from overseas markets.

We might take Tom Cruise as a benchmark – he’s worldwide star. Mission: Impossible – Rogue Nation got 72% of its box office from international.

On a career basis, 56% of Tom Cruise’s box office is international. Therefore, we might deduce that if an actor falls at or near the Cruise Benchmark, they are economically viable internationally, regardless of the color of their skin.

Here’s what the data says:

Clearly, there are a lot of diverse actors who meet or exceed the Cruise Benchmark, and some that fall just below. According to the data, the perceived wisdom is incorrect. Still, I don’t want to misrepresent. This kind of data does not share a full picture; some of these actors gain box office bumps because they are members of ensemble casts or had supporting roles. Just because an actor has a lifetime box office performance percentage at or above the Cruise Benchmark does not mean they are a bigger star than Tom Cruise.

Casting is not a formula because art is not a formula. There are few if any actors who literally “open” a movie, whom audiences will see no matter what. The right casting is always the alchemical triangle of the right actor, the right role and the right audience. Put Gerald Butler in an action film, and he usually works gangbusters; put him in a romantic comedy, and audiences are mainly lukewarm. Audiences seem to pigeonhole actors as much as executives do, and maybe that’s why executives do it. But I believe, and the data suggests, that an actor’s race is not the governing economic factor. Still, many in Hollywood quietly assume that race is an economic factor and have not questioned this assumption.

When Alejandro G. Iñárritu accepted his second Best Director Academy Award on Sunday, he said: “What a great opportunity to our generation to really liberate ourselves from all prejudice and this tribal thinking and make sure for once and forever that the color of skin becomes as irrelevant as the length of our hair.”

The make-believe economics of acceptable casting choices is another version of tribal thinking. The real problem that the global entertainment business must confront is the structures of power, the ways in which power enacts creative “taste” that’s justified with an economic rationale – economics that are wrong. Seen in this light, the whole illusion tumbles down.