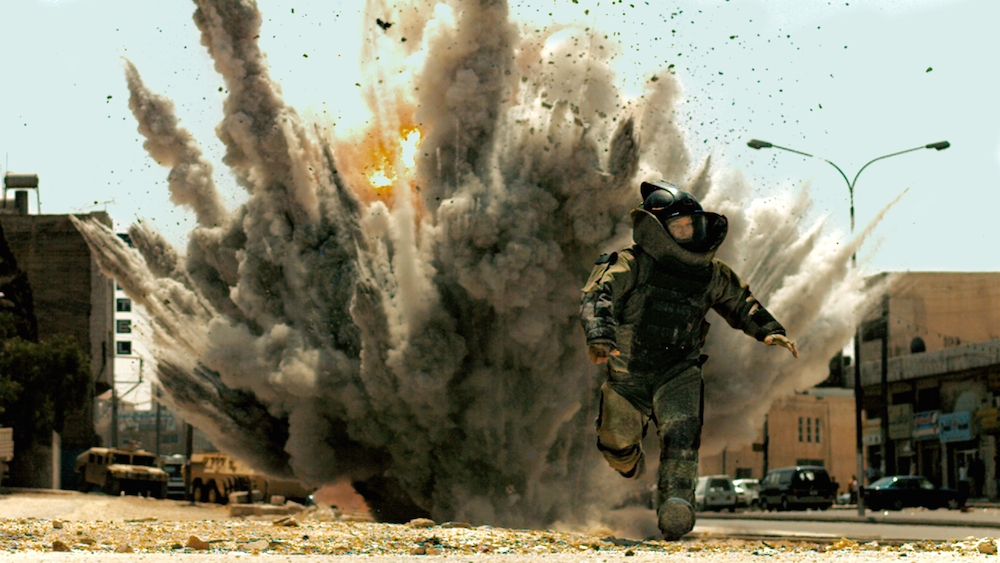 I never went to film school. Instead, my career, like all careers, followed a path that seems coherent only in retrospect. Early on, when I found myself supervising movies as a studio executive, I didn’t know how much I didn’t know. Only later did I discover how the narrative alchemy of sound and image arose from layers of collaboration and hands-on craft. My process of discovery came from working on 30 movies, and from finding a way to put all the pieces together, which is the story of Filmmaking in Action.

Four years ago, the folks at Macmillan Learning asked me and my co-authors, Barry S. Weiss and Michael Goldman, to create the definitive college textbook on filmmaking. As we took up the challenge, I looked back over my 25 years in the business to see what I could draw on, and where I still needed to educate myself.

In addition to film and media students, I also hoped the book would become a great resource for independent filmmakers, a community I love and have been serving for more than a decade. Essentially, I wanted this to be the book I wish I’d had when I began my career in motion pictures.

At the outset, we approached the trade organizations and guilds and asked for their help. They all said: It’s about time! We’ve been waiting for a vessel into which we could pour the legacy of our knowledge, and share it with the next generation of filmmakers and media artists.

Humbled and motivated, we pushed ahead. The project was now supported by the Academy of Motion Picture Arts and Sciences (the people who give you the Oscars), the Directors Guild, the Producers Guild, the Writers Guild, the Editors Guild, the American Society of Cinematographers, the Visual Effects Society and the Previsualization Society. We drew on their resources and experts, and I learned a ton.

Then came the process of translating all that information into something readable and useful. Some of the chapters, like those on writing and directing flowed more easily. Other, more technical, chapters, like those on camera and lighting—crafts I appreciate but have never practiced—were harder to achieve. Our book went through three full drafts, with significant revisions along the way, aided by two dozen generous professors who wanted to ensure their students got the best learning materials.

Perhaps most exciting is the digital ecosystem that comes with the book. We shot 21 videos with people who normally stay behind the camera. In each, they share stories of films they have worked on, and how their wisdom and work-process can be useful for indie filmmakers and students. The movie community is generous, and everyone we asked to do a video said yes. Some are emerging filmmakers, and others are Academy Award-winners, like editor William Goldenberg. As a taste of what’s in store, here is his video:

Most of my career has been spent as a producer. A producer needs to have a general understanding of every step in the filmmaking process. Instead of a single chapter on producing, we decided to address what a producer does in every chapter; thus producing became one of the threads tying the project together.

We developed other big themes, too:

…all wrapped up in great design. To see more about the book, go to adamleipzig.com and you can even explore a chapter.

Students and their teachers tell us Filmmaking in Action is invaluable. But what if you’re not a student? If you’re an independent filmmaker, it will be the most expensive book you’ve ever bought, and you will probably think I’m crazy even talking to you about it.

Instead—consider Filmmaking in Action as much more than a book. It’s a full-access pass to the movie-making universe, a physical book and a digital master class, informed by experts who have devoted years to the craft, and I believe it’s the best all-in-one resource you can find. When you compare it to the workshops, seminars, coffees, meals and other things you spend money on, in order to increase your skills, I believe it is one of best investments you can make in your career.

While working on Filmmaking in Action, I have learned a few things about the academic publishing world. One is that it is staffed by consummately intelligent, creative and caring people. Another is that they have to navigate scores of government regulations, which include that they have to sell the book in pieces as well as whole. Which means it is easy to order the wrong Filmmaking in Action on Amazon, and end up missing the video master classes!

Believe me, you want to get it with the full digital component. To make sure you do, order it from this link: http://amzn.to/1NQmPOU. That way you will get everything we put into it. (If Amazon says they don’t have it in stock, don’t be alarmed and order it anyway. They keep getting more in, but they don’t always update their listing. Please order from the Amazon link so you get the right edition.)

In my own way, I now realize I did go to film school. It just took me 25 years of figuring it out. Then Filmmaking in Action came along, and it became my capstone project.

Top image from The Hurt Locker (2009). This Academy Award-winning film is among the many contemporary movies used as examples in Filmmaking in Action. Paul Ottoson, its sound designer, shot a special video for our project’s digital component about how he builds explosion sounds. Photo courtesy Summit Entertainment.