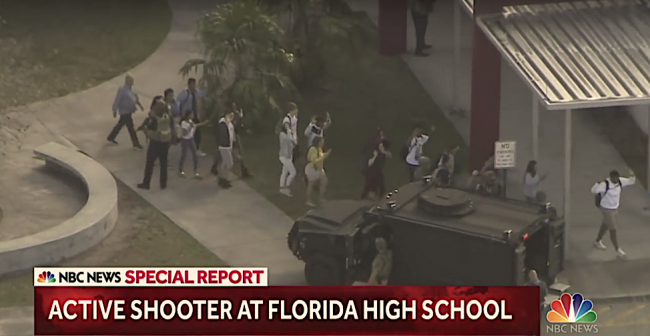 1. Gun-owners are more likely to vote Republican than ever before. Source: Social Science Quarterly, quoted in Newsweek.

4. I do not believe that Republicans advocate violence in any form, especially not school shootings.

5. Nevertheless, the shooting at Douglas High School in Broward County, Florida, advances the Republican agenda, because it activates gun-rights supporters (who get energized by the inevitable calls for gun control) and fulfills the narrative that education is dangerous.

Isn’t it time we call out the cynical bargain that has been struck? By keeping weapons at-large and education minimized, Republicans hold onto power.